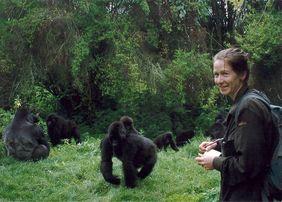 Ymke Warren during her observation of the mountain gorillas in Rwanda

Ymke, we love and miss you so very much.