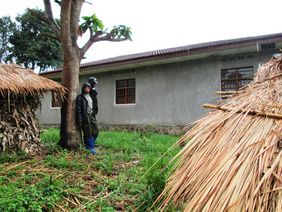 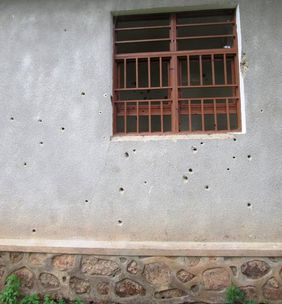 The rebel group M23 stopped fighting at the beginning of November 2013 and gave up. They had been fighting the Congolese army in eastern Congo for more than a year. Conservation activities can now start again in the affected areas. One of them is the Sarambwe Reserve, but there are more protected areas in eastern D. R. Congo that had been almost inaccessible for a long time. So we now want to increase our activities in eastern Congo and support our partners there.

In the meantime, our assistant Claude Sikubwabo visited the Sarambwe patrol post and inspected the situation there. He saw that much has to be done to restore the reserve. Most urgent are the following measures:

We already transferred funds for the trackers so that they can continue to monitor the gorillas and human activities in the reserve. However, we do not have the funds for the restoration of the patrol post - it would cost US$ 2,534.

Help us to restore the conservation of the gorilla forests in eastern Congo! Apart from humanitarian aid, the region also needs support for protected areas – this will help to save the gorillas and other wildlife as well as support the human population.