Efficient Cooking Stoves for the Population at Mt. Tshiaberimu 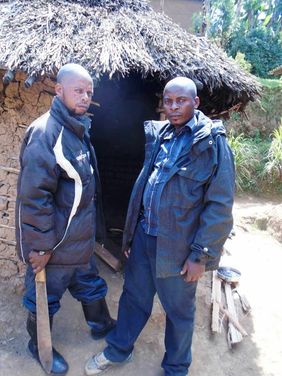 Currently the supply of electric power covers less than 30 % of the energy and is available only for a small percentage of the population in eastern Democrativ Republic of the Congo. For purposes such as heating and cooking, firewood and charcoal are used in general.

One of the main reasons why people enter protected areas illegally is the collection of wood for the production of charcoal. So more efficient stoves would reduce the pressure on the Virunga National Park. Energy-efficient charcoal stoves for cooking have been tested throughout eastern Congo for more than a decade. They are widely used in all the cities of North Kivu. Efficient stoves only need half as much charcoal as traditional ones.

We would like to provide such stoves to the population around Mt. Tshiaberimu. The production of stoves for 500 households would cost 7,135 euros, including the hangar for their production and training for the people how to use them.

Beneficiaries would be asked to set up local tree nurseries, so deforestation could be reduced further.

This project will reduce the pressure on the Virunga National Park, please support it!
The population around the Sarambwe Reserve is also interested to participate.