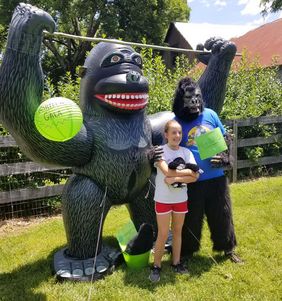 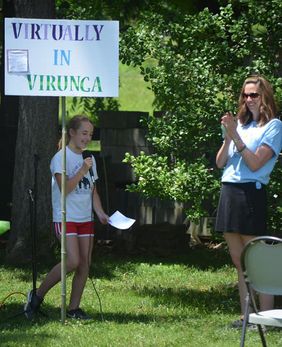 Addy thanks her guests at the 2019 Gorilla Gala. 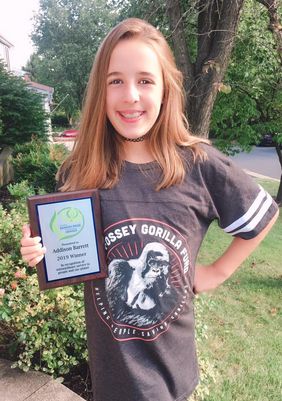 Addy Barrett is a 13 years old girl gorilla enthusiast from Germantown, Maryland.
She organizes and runs different activities like lemonade stands, bake sales as a way to raise more awareness and donation. She hopes to inspire others to engage for the gorillas and their habitat. Gorilla Hero is the name of her initiative.
You can read more and follow her here: