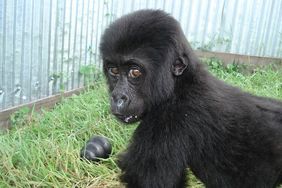 The rumors began in early February 2010: Somewhere in eastern Democratic Republic of the Congo, an infant gorilla was being offered for sale. Some said it was a pet. Either way, the situation was illegal and a very important life was at stake.