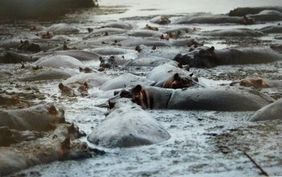 During a rebel attack on 9 April 2018, five rangers and a driver were killed. Another ranger was wounded. The team was ambushed while driving through the central section of the park near Lake Edward between Lulimbi and Ishasha, close to the border to Uganda. The men who died were between 22 and 30 years old.

Although it is not clear which one of the many rebel groups ranging in the park is responsible for the attack, officials believe that it was a Mai-Mai group.

This was not the first attack to Virunga National Park staff in April: on April 1st, a ranger was killed by armed men when he and his colleagues were on a routine patrol in the central sector.

Including these most recent cases, the number of Virunga National Park employees who died during their work for the park has risen to 175 within the last 20 years.