Support of Urgent Needs of the Local Population 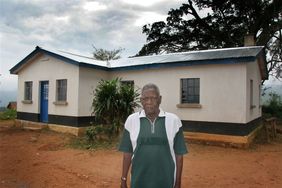 In the surroundings of the Kahuzi-Biega National Park's corridor, community committees discussed the most urgent needs. According to their priority list, several schools, health centers and community meeting centers were constructed or renovated with our donation. The aim was to improve the relationship between the population and the park.