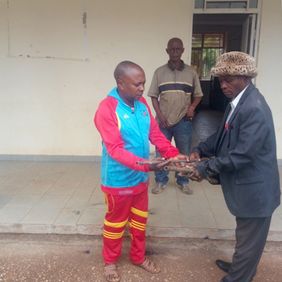 Maiko National Park (MNP, BDMAP 1080) was gazetted in 1970. It is located in the east of the Democratic Republic of the Congo and is part of the Maiko-Tayna-Kahuzi-Biega CARPE landscape, which includes MNP, Kahuzi-Biega National Park, Itombwe Nature Reserve and community conservation reserves to ensure the connectivity of landscape ecosystems.

The MNP's vision, outlined in its General Management Plan, is to ensure the stability of the outstanding global values of the MNP. This includes the conservation of flagship endemic species and the maintenance of biological and cultural diversity that contributes to the mitigation of the effects of climate change and supports local and national development. The objectives for 2020 are:

The main aim is to increase visibility of the MNP as a major element in the protection of biodiversity in the landscape, involving the various state services in conservation and adding value to the available resources through close collaboration with conservation NGOs, community forest managers and the local population.

Protection of the Maiko National Park

Patrols take place every month, depending on available means. It was possible to increase the number of patrols in July 2020, when Berggorilla & Regenwald Direkthilfe and FFI (Fauna and Flora International) provided funds: we were able to cover the three sectors of the park once again (patrols had been suspended in the central and the northern areas since 2016).

Bio-monitoring activities, most often combined with surveillance patrols, mainly involve the location of gorilla and chimpanzee nest sites. Monitoring is focused on the objectives of the Conservation Action Plan, which has been defined at the landscape level. Its objectives are aligned with those of the national biodiversity conservation strategy.

The MNP is represented on a committee, chaired by the administrator of the Lubutu territory, for the recovery of 12-gauge firearms throughout this territory. This measure is intended to implement the decisions adopted by the Deputy Prime Minister responsible for the interior and the Governor of Maniema Province. Over 160 firearms have been confiscated and are kept under the stewardship of the MNP. This will help to reduce poaching and to secure the park.

Mostly community activities had been suspended for some time. In July 2020, FFI relaunched support for housing improvements in villages close to protected areas, particularly in the vicinity of community reserves (REGOLU and REGOMUKI). Berggorilla has just allocated support to the Association of Wives of MNP Rangers. These women want to revitalize the income-generating activities that were originally initiated by FFI through a microcredit scheme. With this support, a crop of rice has been harvested and will be put on the market. The women thank Berggorilla & Regenwald Direkthilfe for this great gesture of generosity.